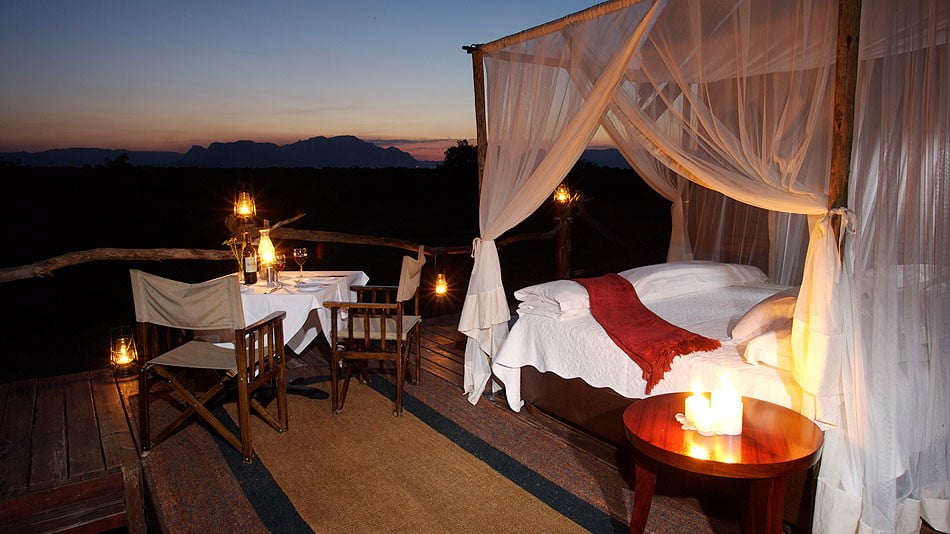 Experience the romance in South Africa and escape the cliché of just another post-wedding holiday. 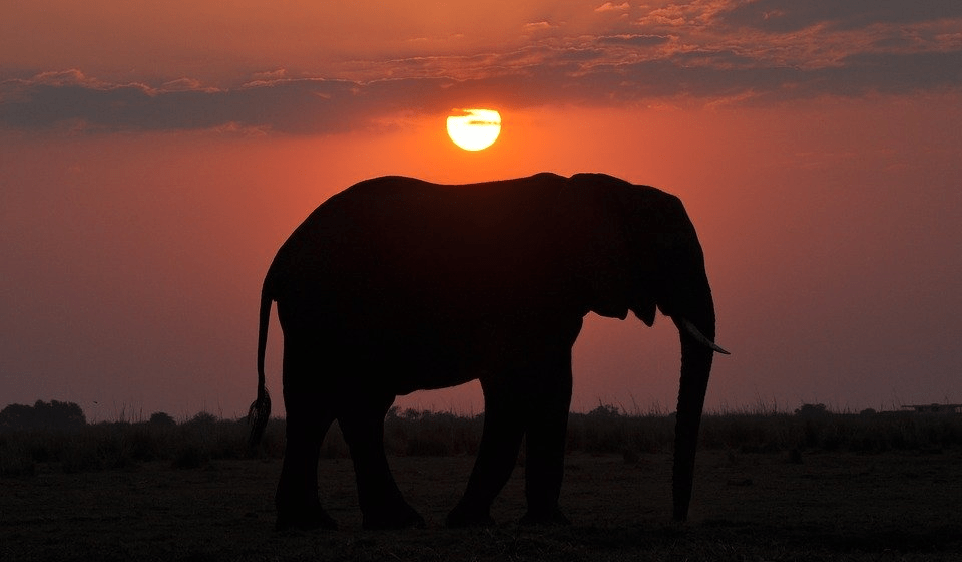 Upon arrival at Cape Town Airport you will be met and transferred to the hotel.
Accommodation:  Cape Town for 4 nights

Today you will depart with your English Speaking Guide on a Half Day City & Table Mountain Tour.

The Bo-Kaap Museum, found in Wale Street, Cape Town, is in the heart of what is known as the Cape Malay quarter, home to many Muslims and descendents of freed slaves. The building, constructed in 1763, has been restored to represent a typical Malay-style dwelling in the 19th century. The suburb is known for its characteristic cobbled streets and colorful houses. The museum documents the history of the Malay people in the Cape. Originally brought as slaves to the Cape, they have contributed extensively to the cultural and culinary make-up of the city in the centuries since. The museum is a process of transforming into a social history museum focused on documenting the story of the local community within the national social, political and cultural context. Opening hours of the museum are from Mondays to Saturdays from 09:30 to 16:30.

Visit to Castle of Good Hope.

Step back in time when visiting Cape Town Castle, which was built between 1666 and 1679 and is the oldest colonial building in South Africa. Originally built to house the colonial administrators and enforcers of Dutch East India Company rule, the Castle today is the home of the military in the Cape and hosts various fascinating museum collections. It is a heritage site with an authentically restored 17th century forge and an outstanding and is unique example of classic Dutch architecture from that period.

Explore the vibrant and heart-rending history of Cape Town’s District Six area with a former resident acting as a specialist guide. This was one of the few places in apartheid South Africa that was home to mixed races and classes, including freed slaves and immigrants. All but whites were forcibly removed in the 1960s and it took until 1994 for the area to begin reclaiming its rich history.  Specialist guides offer a tour of the unique and interactive District Six Museum, which also acts as a beacon for the future of the district.

The Table Mountain Aerial Cableway has transported more than 20 million people to the summit of Cape Town’s most iconic destination, Table Mountain. The cableway offers a comfortable way of reaching the top of the mountain in revolving cars that afford 360° views of the surrounds during the ascent. Each cable car can carry 65 people at a time and trips run on a continuous basis – the cableway is shut down during bad weather. At the top, visitors will discover a series of walking paths and stunning views of the surrounding oceans and the city below. There is a self-service restaurant and deli on site. (B)

Today you will depart with your English-Speaking Guide on a Full Day Cape Peninsula Tour.

Locals call this famous scenic drive that winds its way between Hout Bay and Noordhoek on Cape Town’s stunning Atlantic Ocean coastline “Chappies”. The toll route stretches nine kilometers along the coast taking over 100 curves in a road carved out by prisoners of war in the mid-1910s over a seven-year period. On the one side are towering cliffs and on the other a steep drop to the ocean. A favorite with visitors and locals alike for scenic hikes, cycles and drives, as well as picnicking.

Step into the working harbor of Hout Bay at the end of Cape Town’s Atlantic seaboard for an authentic fishing village experience from the colorful fishing boats moored on the dock to the range of fish markets, restaurants, street markets and shops set overlooking the bay. Indulge in fresh seafood, fabulous views, adventure activities and shopping experiences – everything from jewelry and maritime artefacts to seashells and more. The beach stretches from here to Chapman’s Peak in the east.

This is a 40 minute cruise from Hout Bay harbour to Duiker Island, the Seal Colony where you can see thousands of Cape Fur Seals close up in their natural habitat.

Visit to Cape of Good Hope.

The famous Cape of Good Hope nature reserve, a World Heritage site, is set at the end of Cape Town’s south peninsula. Take a trip via funicular to the lighthouse at 286 meters above sea level (built to which warns ships they are approaching the feared “Cape of Storms”), stroll along the cliff paths or venture down the steep slopes to the stunning white-sand beaches below. The reserve is home to a variety of small wildlife and is a favored picnicking, fishing (with a permit) and hiking destination with its rich plant biodiversity and inspiring landscapes.

The Flying Dutchman Funicular takes passengers uphill from the car park of the Cape Point Nature Reserve (a Natural World Heritage Site) to the old lighthouse sited at 249m overlooking the Atlantic Ocean. The views from the lighthouse are spectacular and the air, coming off the Antarctic, is among the purest in the world. The funicular is believed to be the only commercial one of its kind in Africa and is named after a local legend of a ghost ship. The short three-minute trip passes through 585m of dense fynbos and over rocks to the upper lighthouse. The two cars can carry 40 passengers at a time and trips run continuously.

The sheltered Simon’s Town beach of Boulders Beach is the home of an endangered land-based colony of African penguins (over 2 000 of them), as well as a favorite swimming and beach destination for locals and international travelers, particularly children. One can walk between the three pristine and sheltered beaches on boardwalks, which also link to the penguin-viewing area offering fantastic sightings of these unique and endearing animals in their natural habitat.

Visit to Kirstenbosch Gardens.  Explore the diverse beauty of Kirstenbosch National Botanical Garden, which is set up against Cape Town’s iconic Table Mountain looking onto the city. There are plenty of spaces to picnic among the rich and varied displays of southern Africa’s plant life (more than 7 000 species are planted out) and a restaurant on site. It is the first botanical garden to be included within a natural World Heritage site. Paths are set out throughout the garden allowing visitors to easily wander past the natural displays. (B)

Visit to the Winelands.

There could be no better way to spend a day than indulging in a Cape Winelands experience packed with historic and modern architecture, fabulous cuisine, and, of course, world-class wines. The tour heads to the country’s principal wine routes of Paarl, Stellenbosch and Franschhoek – all of them with fascinating histories and their unique offerings. Traversing stunning landscapes, this full-day experience stops along the way for wine tasting at prestigious estates. South Africa is known for its quality white, reds, blends, and bubblies! (B)

Transfer from your hotel to Cape Town Airport. Fly from Cape Town to Hoedspruit. Upon arrival at Hoedspruit airport you will be met and transferred to the lodge. (B/D)

Combining an upmarket safari experience with luxury accommodation, the Kapama River Lodge is set on a bend of the Kapama River within the largest reserve in the Kruger National Park. A game-rich area, guests can expect to see the Big 5 and more on daily game drives, guided bush walks and elephant-back safaris ($). Even from the decks of this luxury lodge, game can be spotted at the nearby watering hole and along the dry riverbed. Guests can cool off in the beautiful swimming pool, relax in the spacious lounges and look forward to decadent bush dining in a variety of venues from the riverbed itself to the Pan-African cuisine of the Rhino Boma and the fresh seasonal dishes of the Siyatla Lounge. An excellent wine cellar provides fine wines to accompany meals.

On one of the night of your stay you will experience the romantic sleep out deck. The Kapama Romantic sleep-out offers a million-star overnight experience. Sleeping in the open air on the reserve, elevated high above the ground under the African night sky, is a uniquely romantic experience. A raised platform is evocatively furnished with an oversized bed festooned in white linen and billowing mosquito netting. It’s completely safe, while being surrounded by only wilderness and wildlife. The experience is guaranteed to take your breath away.

You’ll arrive before sunset to watch the changing colors of evening and sip a sundowner. The African bush fairytale continues with a five-course dinner served to you by a personal chef at an intimate table for two on the platform. Or you can enjoy dinner at the lodge and arrive at your romantic sleep-out venue afterwards. By night, it will be encircled by a ring of golden lantern light.

The platform and luxury bathroom underneath are both animal proof, but both a two-way radio and cellular phone are supplied for additional peace of mind. With a flush toilet, shower and his and hers basins, the bathroom has all the comforts catered for.

Your private night in the African Bush continues until after dawn, when you will call your ranger by radio to transfer you back to your lodge. An appointed pick-up time may also be arranged in advance. (B/L/D)

Transfer from the lodge to Hoedspruit airport for your flight to Johannesburg. (B)

*Prices advertised on our site are valid if you purchase services in one single session. If you disconnect from our site, prices could be different in your next session. The prices indicated exclude the contribution to the Customer Compensation Fund of $3.50 per $1,000 of tourism product or service purchased from a travel agent in Quebec.