Join this cultural tour to Vietnam and Cambodia. Begin with Hanoi in Vietnam and end with the legendary Angkor Wat in Cambodia. Whether you’re cruising down the Mekong Delta in Ho Chi Minh or visiting mystical temples while wandering the jungle clad temples of Angkor, your experience will be unforgettable!

*This tour is guaranteed with a minimum of 2 passengers. A private vehicle with driver and private local guides will be provided during the tours. The above mentioned hotels can be replaced by similar categories

Arrive in Hanoi, city of lakes, shaded boulevards and public parks. Transfer to your hotel.

There’s no arguing - Hanoi has to be the coolest city in Vietnam. And no, we’re not just referring to the climate. This chaotic, colourful, motorbike-clogged, 1,000-year-old city is a delicious mix of East and West. Hanoi clings on tightly to its heritage which can be seen in the Old Quarter and the many historic buildings and monuments. There’s centuries-old pagodas, picturesque lakes and parks, as well as museums and prominent colonial buildings. (70 kms)

Visit Hoan Kiem Lake, Ngoc Son Temple and the Rising Sun bridge
Hoan Kiem Lake (Hoan Kiem means Lake of the Returned Sword), is a lake in the historical centre of the Hanoi capital. It is one of the major scenic spots in the city and serves as a focal point for its public life. Legend has it that King Le Loi handed a magic sword called Heaven’s Will which brought him victory in his revolt against the Chinese Ming dynasty back to the Golden Turtle God in the lake. The Tortoise Tower (Thap Rua) standing on a small island near the centre of the lake is linked to the legend.
The Ngoc Son Temple was erected in the 18th century. It honours the 13th -century military leader Tran Hung Dao who distinguished himself in the fight against the Yuan - Mongol invaders, Van Xuong, a scholar and Nguyen Van Sieu, a Confucian master and famous writer in charge of repairs made to the temple in 1864. Jade Island is connected to the shore by the wooden red-painted Huc Bridge (The Huc, means Morning Sunlight Bridge).

Visit the Temple of Literature
The Temple of Literature has a peaceful series of walled courtyards and graceful gateways, and this monument is one of the best-preserved examples of traditional Vietnamese architecture. Founded in 1070 and dedicated to Confucius, this was also the site of Vietnam’s first university. In one courtyard, giant stone tortoises bear stele on their backs, listing the accomplishments of graduating scholars.

Visit the Museum of Ethnology (2-3 hours)
The Museum of Ethnology brings to life the astonishing ethnic diversity in Vietnam, with art and artefacts from the 54 different ethnic groups that inhabit the country. Inside the museum are detailed descriptions of minority groups, with examples of their traditional clothing and way of life. Outside are faithful reconstructions of traditional longhouses, cemeteries and other distinctive ethnic buildings.Transfer to/from restaurant for your welcome dinner

Depart from Hanoi to Halong Bay; en route take a short stop for a break. Transfer with a tender to the comfortable cruise and enjoy a welcome drink aboard. Begin the cruise through majestic Halong Bay while lunch is served. Enjoy the magical bay where thousands of sculpted limestone islands rise from the waves like dragon’s teeth. The cruise continues cruising through a fishing village on the bay and passes the spectacular limestone caves dotted around the bay. Soak up the sun on the top deck with optional on-board activities: sunbathing, and photo opportunities. In the evening the chef will prepare a splendid meal comprised of fresh seafood dishes and other traditional dishes. Overnight on-board.

Breakfast on board. Continue cruising in the morning before your departure by road to Hanoi airport for your flight to Hue. Arrive and transfer to your hotel.

Let’s go back in time and bask in the beauty of the Nguyen dynasty. The 19th century Imperial Citadel is a city within a city. The striking Flag Tower and imposing Ngo Mon Gate lead into spacious courtyards, palaces, pavilions, reception halls and lotus ponds - providing a fascinating glimpse into court life.
Rumoured to be haunted, a flashpoint for anti-government protests, and the site of a famous self-immolation by a monk. Thien Mu Pagoda will lure us in with its beauty, elegant architecture and evocative past.
We’ll travel by boat along the Perfume River to visit the iconic pagoda, along with the Imperial Tomb of Minh Mang
Located in the heart of Hue is the Imperial Citadel, a vast complex built in the early 19th century and modelled after the Forbidden City of Peking. The original walls stretched for 10 km and were surrounded by a wide moat. Today, most of the buildings have been destroyed due to bombing during the Vietnam-American War, but the monuments that remain provide a fascinating glimpse into the court life of the Nguyen Dynasty. Approach the city past the striking Flag Tower, where a giant Vietnamese flag waves proudly overhead, to the imposing Ngo Mon Gate, the main entrance to the Imperial Enclosure. Enter into an area of spacious courtyards and serene lotus ponds, and visit Dien Tho Residence (Dien Tho palace) where the Queen mother lived, visit Thai Hoa Palace, the magnificently decorated reception hall, the Halls of the Mandarins, and the original Nine Dynastic Urns, among other sites, including a visit to the Hue Royal Antiquities Museum.

Take the scenic route to Hoi An with spectacular landscapes and mountains. Stop in Danang and visit the Cham Museum, China Beach and the Marble Mountains before arriving in Hoi An.

Accommodation : Hoi An for 2 nights

The quirky mix of Chinese, Japanese, Vietnamese and European influences makes Hoi An a photographers’ paradise. We’ll walk through the narrow winding streets of the old quarter past ochre-hued stone houses, lantern-filled shops and colourful fishing boats. One of the most iconic sights is the Japanese Covered Bridge. There are also ancient temples and merchant homes over 200 years old. We’ll explore many of the historical sites within the town
Afternoon at leisure

Transfer to Danang airport for your flight to Ho Chi Minh. Arrive and transfer to your hotel.

Immerse yourself fully in the local culture of the Mekong Delta with a day out to rustic Ben Tre. A journey of about two and a half hours will bring you to a peaceful area of lush orchards, green rice paddies and coconut fields. Hop on a bike for a ride along the shady paths to visit the home of local antique collector, Uncle Six. Continue your two-wheeled exploration along rural pathways that wind their way alongside dense vegetation and small tributaries of the Mekong. Board a rowing boat and cruise along the small canals under the shade of the coconut trees. Then change your mode of transport to a motorised boat. After a delicious lunch of local specialties cooked by the host, visit some local workshops to see how rice paper and sticky coconut sweets are made.

Begin your tour with the historic city center. Pass by City Hall and the old Opera House (outside views only). Visit the Central Post Office. Afterwards, dive into modern history with a tour of the Reunification Palace, formerly the Independence Palace of the South Vietnamese president. Continue to the harrowing War Remnants Museum. After lunch, head out to Cholon (China town) and visit the Jade Emperor Pagoda and the Giac Lam Pagoda. Visit the Binh Tay Market and the Ben Thanh Market.

Depart for Cuchi. Visit the Cu Chi tunnels used during the Vietnam War, with 200km of underground galleries, an arms factory, living quarters, rural hospitals, and kitchens and command centers. Return to Ho Chi Minh and enjoy a walking tour of Old Saigon.

Transfer to the airport and flight to Siem Reap, Cambodia. Arrive and transfer to your hotel. Today, visit the crown jewel of Khmer architecture – Angkor Wat. The temple complex of Angkor covers 200 acres and is probably the largest religious monument ever built on earth. Then visit Visit Angkor Thom, The fortified city of Angkor Thom covers an area of 10 square km. Enclosed by a wall and wide moats; the city includes many of Angkor’s most popular sights. Enter by the monumental South Gate over a causeway lined on either side by statues of demons and gods, each carrying a giant naga. Continue to the Terrace of the Elephants and the Terrace of the Leper Kings, former spaces for public ceremonies, both adorned with dramatic bas reliefs. Visit the ruined Baphuon, Royal Enclosure and Phimeanakas before continuing to the mysterious Bayon Temple. In this temple, one of the most popular and compelling in Angkor, explore the galleries of beautifully preserved bas reliefs and ascend narrow stairs to reach the central sanctuary, where giant stone faces smiling enigmatically down from every angle.
Watch the sun set over the Cambodian countryside from the upper terraces of an ancient Angkorian temple.

Morning departure to the temples of Banteay Srei and Banteay Samre. In the afternoon, excursion to Kampong Kleang with boat trip to the floating fishing villages.

Today, visit the Roluos group of temples and Ta Prohm, a most popular attraction of Angkor known as the “jungle temple”. Much of the jungle has not been cleared and it looks very much like the monuments would have appeared when European explorers first stumbled across them. In the afternoon, visit Angkor Thom, the Terrace of the Leper King and the Elephant Terrace.

Transfer to the airport for your flights home.

HOTELS OPTION A OR B 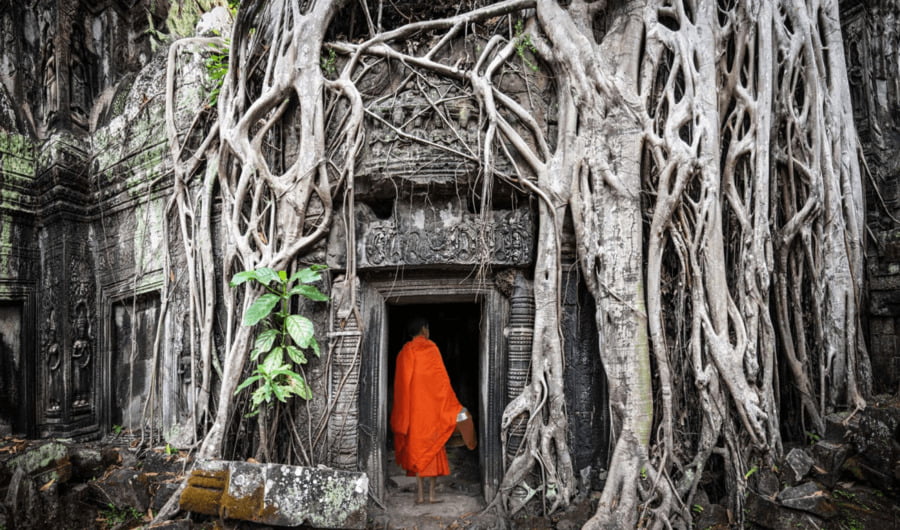 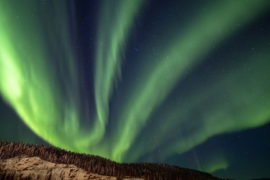 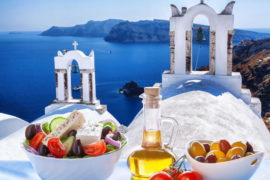