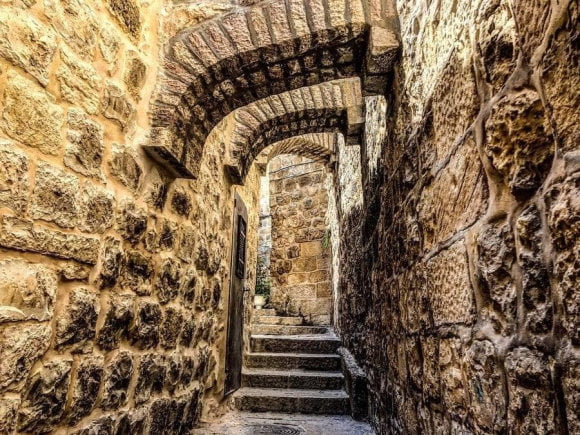 Discover the land of Israel full of history, coastlines, ancient ruins, sacred landmarks and outstanding scenery.
Visit the ancient city of Jerusalem and get taken back in time. Float on the Dead Sea-the lowest point on earth, discover bustling Tel Aviv, and enjoy the serenity of Galilee. Truly a memorable destination!

Not included • International airfare • Gratuities to hotel personnel, guides and drivers • Beverages • Optional excursions. •Any type of insurance, including Covid-19 insurance• Meals that are not mentioned above • Service at restaurants – customary min. 12%

Available upon request: Ben Gurion airport “VIP Assistance”: Upon arrival to Ben Gurion airport, after you leave the plane, you will be met by a VIP assistance person who will be holding a sign with your name on it. You will be assisted through all remaining procedures: passport control, luggage, and customs, and taken to your driver or to the Taxi platform.

*  All sites & activities in the itinerary are subject to availability and might need to be amended   according to Covid-19 regulations at the time of travel.
Rates will be adjusted accordingly, where applicable. 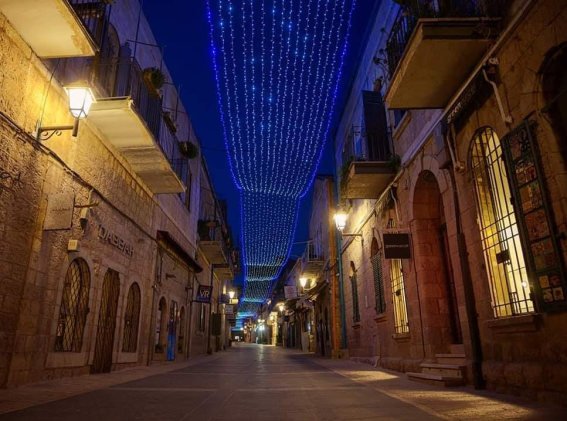 **Prices advertised on our site are valid if you purchase services in one single session. If you disconnect from our site, prices could be different in your next session The prices indicated exclude the contribution to the Customer Compensation Fund of $3.50 per $1,000 of tourism product or service purchased from a travel agent in Quebec.

You will arrive at Ben Gurion International Airport. Our representative at destination will assist you through baggage claim and customs.Transfer to your hotel and enjoy dinner. Accommodation: Tal by the Beach Hotel 4* or similar  in Tel Aviv
2

After breakfast meet your group and guide in the hotel lobby and start your tour. A visit to the “State of Mind” Innovation Center at the Tel Aviv Stock Exchange: learn about cutting-edge developments by Israeli start-ups in fields such as science, medicine, security, space and more.A walk around the Old Port City of Jaffa, the oldest seaport in the world and home to a vibrant multiethnic community of Muslims, Christians and Jews: get to know the first Jewish city of the modern era, established in 1909. A choice of two culinary tours that will introduce you to the very best of Tel Aviv’s food scene: (12:30) (lunch not included $) Carmel market tasting tour – enjoy a fascinating variety of culinary riches, colorful spices and intriguing characters in the main market of Tel Aviv, where the flavors and scents of the old town combine with the young bustling atmosphere of the city’s central market. Vegan culinary tour – Tel Aviv, the #1 vegan culinary destination in the world, is where traditional vegan and vegetarian cuisine and innovative young chefs meet, creating a one-of-a-kind savory adventure for food lovers, whether vegan or not. A stroll along Rothschild Boulevard, the beating heart of Tel Aviv: home of The White City, Tel Aviv’s most prominent collection of Bauhaus (International Style) buildings. Built during the 1930s and the 1940s, this functional architecture not only created well-designed objects, but also a cohesive urban landscape that is unparalleled in the world. Evening is at leisure
3

After breakfast, we leave Tel Aviv and head north. Take in the ancient city of Caesarea built by Herod the Great and once the administrative center of the Roman Empire for the Province of Judaea. The city and its archeological wonders are a testament to its significance throughout the ages. The ancient port, the Roman hippodrome and amphitheater and impressive palace are among the many historical treasures in this fascinating ancient city. The Kibbutz Experience – past and present – visit Ein Shemer Continue with a tour of innovation at Kibbutz Magal – visit the Netafim greenhouse innovation center, a pioneering enterprise in the field of drip irrigation technology. (13:45- 14:45) Zichron Yaakov is our next stop, where we stroll through the charming and picturesque town. Dinner in a local restaurant near the hotel. *The Colony Hotel is located in the German Colony of Haifa. Just a few steps away from The Bahai Gardens. Take a short walk to enjoy this magnificent view, especially at night when it is all lit up. It is a memorable moment that will last a lifetime Accommodation: Colony Hotel, Haifa or similar
4

Cobblestones & Vineyards The Sea of Galilee and Golan Heights Drive to the city of Katzrin, the “Capital of the Golan Heights”. Walk through a Talmudic village and get a sense of what it was like to live in the times of ancient Israel. (9:30-10:30) Continue to the mystical city of Tzfat, the birthplace of the ancient Jewish mystical text, the Kabbalah. Stroll through the narrow, winding alleys. Peek inside some of the beautiful synagogues. Browse through workshops and galleries in the flourishing artists’ quarter. (11:20-12:30) Enjoy a tour and wine tasting at local Winery, a familyowned boutique winery in the Galilee. (12:45-13:45) Drive to the Sea of Galilee and take a boat ride on the calm waters. (15:30 16:15) Accommodation: Colony Hotel, Haifa or similar
5

Faiths & Cultures Bahai Gardens , Akko, Druze Village & Jerusalem Visit the amazing Bahai Gardens in Haifa , comprising a staircase of 19 terraces extending all the way up the northern slope of Mount Carmel. At its heart stands the golden-domed Shrine of the Bab, which is the resting place of the Prophet-Herald of the Baha’i Faith. Explore the ancient crusader port city of Akko, the fascinating UNESCO heritage site, with new excavations revealing what life was like 1000 years ago. Visit the Crusader Halls and follow the underground tunnels. See the port and fortifications that enabled the inhabitants of the town to resist invasion by Napoleon Bonaparte. Spend time walking through the Arab Bazaar , reliving a Middle Eastern shopping experience. Time permitting – Drive to the Druze village of Dalyet El Carmel , at the top of Mount Carmel. The Druze are Arabspeaking citizens of Israel. Drive to Jerusalem and check in at the hotel. In the evening, experience a special Lifetime” “Shabbat of a with hospitality in the home of a local Jewish family. Enjoy a traditional meal as you hear about and observe the customs of the Jewish Shabbat. Accommodation: Leonardo Boutique Hotel, Jerusalem or similar
6

Masada, the Dead Sea & Jerusalem Setting off east from Jerusalem towards the Dead Sea , 1388 feet (423m) below sea level. Visit the legendary mountaintop plateau of Masada – the last stronghold of the Jewish Zealots in their struggle against the Romans in 73 CE overlooking the Dead Sea. Ascending by cable car to the ancient fortress, we shall explore the site, with its synagogue and bathhouse. Enjoy a leisurely afternoon at the Dead Sea shore. Cake yourself in mineral-rich mud and float in the buoyant waters. Lunch is included. Drive to a lookout point for a view of Wadi Qelt and the cliff-hanging Monastery of St. George; founded in the 5th Century and still active and inhabited by Greek Orthodox monks. Return to Jerusalem. In the evening, enjoy the Sound and Light Show at the Tower of David – a creative depiction of the history of the city of Jerusalem projected onto the ancient stones (weather permitting – 19:00 to 20:30 up to availability). Dinner on your own. Accommodation: Leonardo Boutique Hotel, Jerusalem or similar
7

The Old City of Jerusalem Start the day with an overview from the Mt. of Olives. Our exploration of the Old City of Jerusalem begins at the City of David with its fascinating tunnels. See the exciting excavations revealing Jerusalem during the time of the 1st Temple period. (9:30) Walk through the Old City and visit some of its famous sites, including the Western Wall and the Cardo,an ancient commercial street where you can still shop today. Walk through the Arab Bazaar and experience traditional Middle Eastern life, with its rich colors, flavors, and smells. Take a rooftop tour of the Old City neighborhoods, for a behind-the-scenes look at the various communities living alongside each other in this ancient walled city. Walk along part of the Via Dolorosa to the Church of the Holy Sepulcher. According to traditions dating back to at least the 4th century, the church is the home of the two holiest sites in Christianity: the site where Jesus of Nazareth was crucified, known as “Calvary” or “Golgotha”; and Jesus’s empty tomb, where he is said to have been buried and resurrected. Dinner on your own Accommodation: Leonardo Boutique Hotel, Jerusalem or similar
8

Honoring History Jerusalem New City and Bethlehem Visit Yad Vashem, considered to be the world’s primary Holocaust memorial and museum. Take a tour of the new Holocaust History Museum, which occupies over 4,200 square meters, mainly underground.  Visit the moving exhibit at the Children’s Pavilion, commemorating the death of over 1.5 million Jewish children in the Holocaust. From the Yad Vashem, we will move on to the Israel Museum. There we will see the Dead Scrolls exhibition, and view the famous Model of Jerusalem, depicting the city as it was in the 2nd Temple period. Optional – visit to Bethlehem. See the Church of the Nativity and the remains of ancient Bethlehem (beneath the Greek Monastery), from the times of Christ, (around lunch time 14:00) OR Leisure time at Mamilla Mall or Ben Yehuda Street. Meet up again for a farewell dinner at a local restaurant. (18:00/18:30) Accommodation: Leonardo Boutique Hotel, Jerusalem or similar
9

Shalom & L’Hitra’ot Free day & Departure. Transfer to the airport and depart on your flight back home. Leave Israel with everlasting memories! 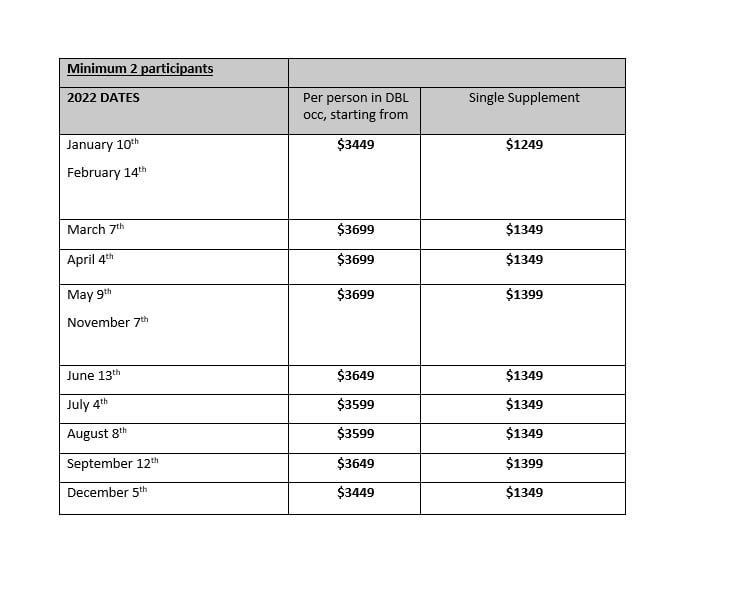 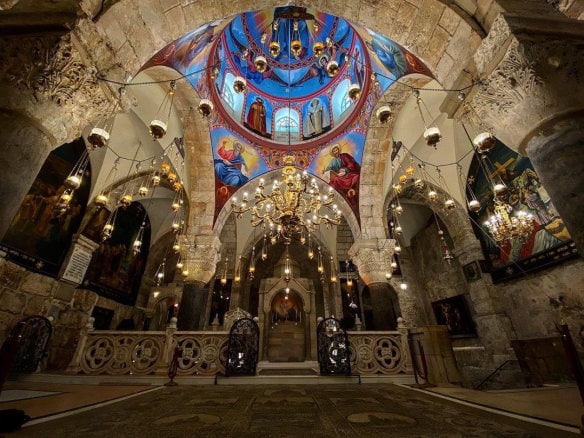 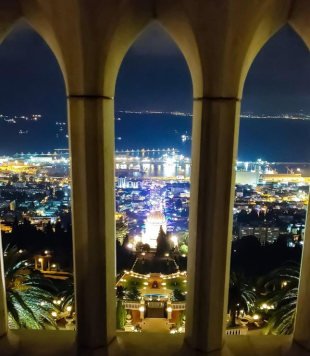 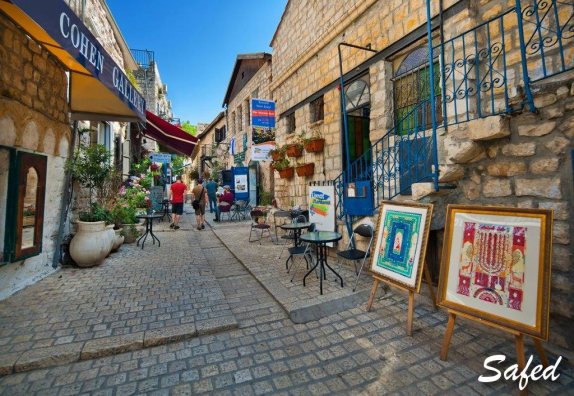 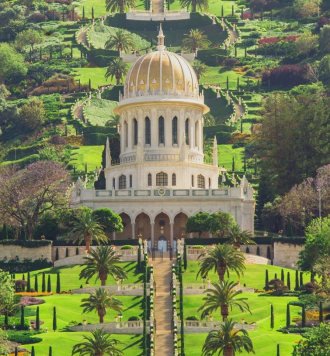 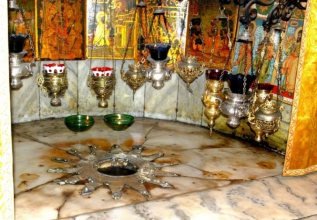