Discover Cyprus and all the island’s attractions, antiquities and natural wonders. This private guided tour combines relaxation with exploring

Not included: International airfare and airport taxes, Gratuities to hotel personnel, guides, and drivers. All items of a personal nature

If your stay lands between 2 dates, the price will be revisedNote:  If 3 or more people travel together, the rate will be reduced 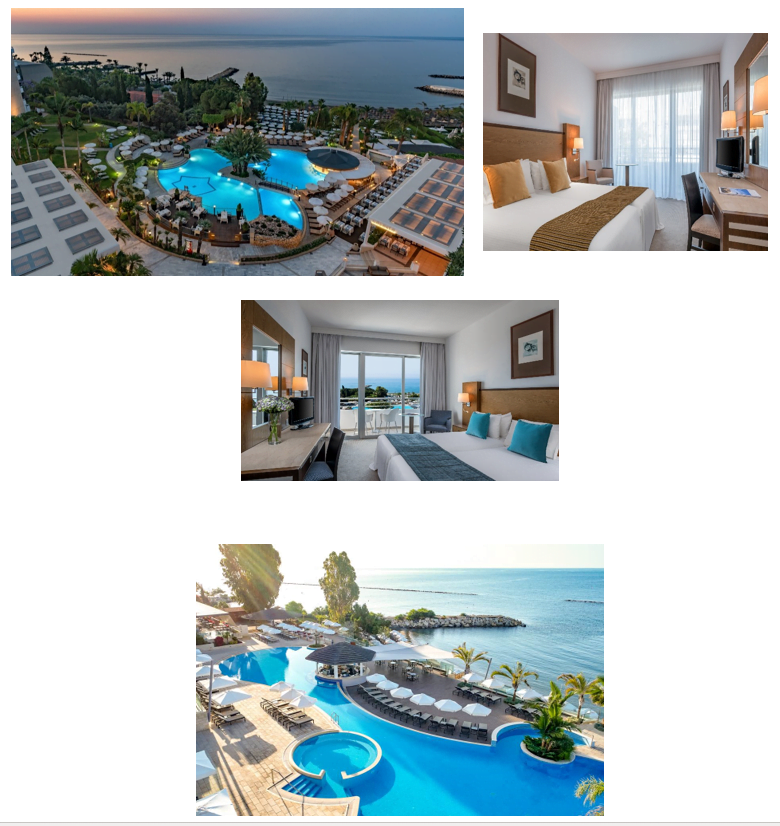 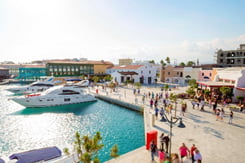 airport drive to the chosen hotel in Limassol (45 minutes). Welcome drink and Check-in.  The remaining of the afternoon is at leisure for relaxing, swimming or enjoying the hotel’s facilities.  Later on, meet at the hotel’s’ lobby with the English speaking driver for a transfer to a local restaurant in Limassol for a welcome dinner. (D)

Limassol traces its history to the middle ages and is named so being situated between the ancient Kingdom of Kourion and Amathus. The medieval Castle of Limassol is where King Richard the Lion heart of England married Princess Berengaria of Navarre in the castle’s small chapel. The castle itself is surrounded by the old town’s winding shopping streets where visitors can bargain with the local shopkeepers for handicrafts. The Limassol harbor and Marina, with its range of upscale shops and restaurants, is only a short walk away.

Passing though plantations, you come across the medieval Castle of Kolossi, a fine example of military architecture originally constructed in the 13th century during the crusades. Your next visit, the ancient Kingdom of Kourion, is placed on one of the most spectacular sites in the island, with extensive archaeological ruins including well preserved mosaics. Its Greco-Roman theatre, built in the second century BC is famous for its vistas of the Mediterranean Sea. Fully restored, the theatre is today used for musical and theatrical performances. Your next excursion is Omodos, a traditional Cypriot wine-producing village, once the property of Sir John De Brie, Prince of Galilee.  Stop and sample the local wines and liqueurs. The village is also renowned for its Monastery of the Holy Cross standing by the stone-paved square. Enjoy your lunch at a local tavern. Return to the hotel. (B/L)

Legend has it that Paphos was home of Aphrodite, goddess of beauty and love. Still under the spell of the goddess, the area retains her magic. On the way to Paphos, short stop at Petra tou Romiou, the legendary birthplace of the goddess Aphrodite-Cypria. A spectacular beach with awe-inspiring views, this golden stretch of sandy coast is where the Greek goddess of love rose from wave and foam. Short break to admire the magnificent view and take some memorable photos. Your next visit will be to the Tombs of the Kings, an early Hellenistic monument dating from the 4th century BC. They are burial caves carved into the bedrock of the hill and decorated with Doric columns and capitals. Next stop will be the Church of Panayia Chrysopolitissa, built in the 13th century over the ruins of the largest Early Byzantine basilica on the island. Within the compound one can see St. Paul’s Pillar, where according to tradition; the saint was flogged before the Roman Governor Sergius Paulus converted to Christianity. Lunch will be served in local traditional tavern. In the afternoon, visit the archaeological site. The city is home to Mosaics of the Roman period, dating from around the 3rd century AD. These are situated in four main houses: the House of Aion, House of Dionysos, House of Orpheus and House of Theseus. They include many attention-grabbing geometrical decorations and draw inspiration from Greek mythological scenes. Return to the hotel in Limassol. (B/L)

Breakfast at the hotel. Full day at leisure to relax and enjoy the hotel’s facilities, or explore the city. (B)

Breakfast at the hotel. Nicosia (Lefkosia) lies roughly at the center of the island with a rich history that can be traced back to the Bronze Age. The heart of the city, enclosed by the 16th century Venetian walls, is dotted with museums, ancient churches and medieval buildings preserving the nostalgic atmosphere of years past. The famous Famagusta Gate still stands today, proudly protecting the still-ancient town within from the modern city. Enjoy the cosmopolitan atmosphere with a visit to the famous Archaeological Museum which holds a collection of Cypriot antiquities and treasures from the Neolithic age to the Early Byzantine period.  From there,  drive to the Cathedral of St. John the Evangelist and its 18th century wall paintings depicting scenes from the Bible and the discovery of the tomb of St Barnabas in Salamis.  After a drive past the Venetian walls of the old city and Famagusta Gate, arrive at “Laiki Geitonia”, where lunch will be served in one of the traditional taverns. After lunch, there will be some free time to stroll at leisure down the stone paved streets of Laiki Geitonia. Return to your hotel.  (B/L)

Today’s tour will start with a visit to the Kykkos Monastery and Omodos village. The Troodos landscape makes it an ideal area for isolated monasteries. “Kykkos” Monastery, the richest and most important monastery on the island, was founded in 1100 and dedicated to the Virgin Mary. It possesses one of the three surviving icons ascribed to St. Luke. Its famous ecclesiastical museum houses icons and objects from the Byzantine era. Not far from Kykkos take a short stroll to Throni to visit the tomb of the late Archbishop Makarios III amidst the dense forest. You will then drive to Kalopangiotis village and visit the monastery of Agios Ioannis Lambadistis built on the east bank of the river Setrachos. In 1985 it was inscribed on the UNESCO World Heritage List, which includes nine other painted Byzantine churches of the Troodos range. Lunch will be served at a local restaurant in Kalopanagiotis village. The view is spectacular. Covered in dense pine and cedar forests and dotted in picturesque villages the Troodos mountain range and Mount Olympus stand at 1,952 meters above sea level. Troodos is home to beautiful native wild flowers and vegetation. Return to the hotel. (B/L) 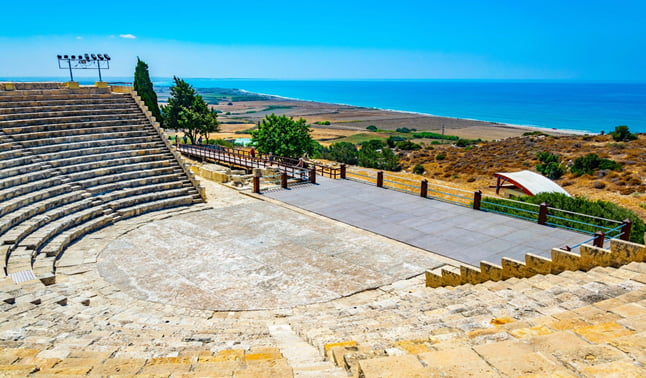 Full Day at Leisure for the guests to relax and enjoy the hotel’s facilities, or explore the city on their own. (B)

Your journey comes to an end. Meet your guide and transfer to Larnaca airport for departure. (B) 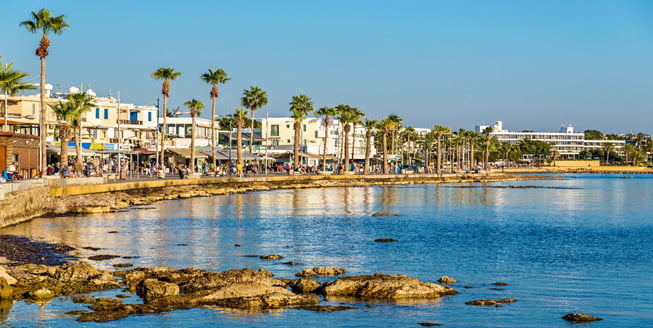 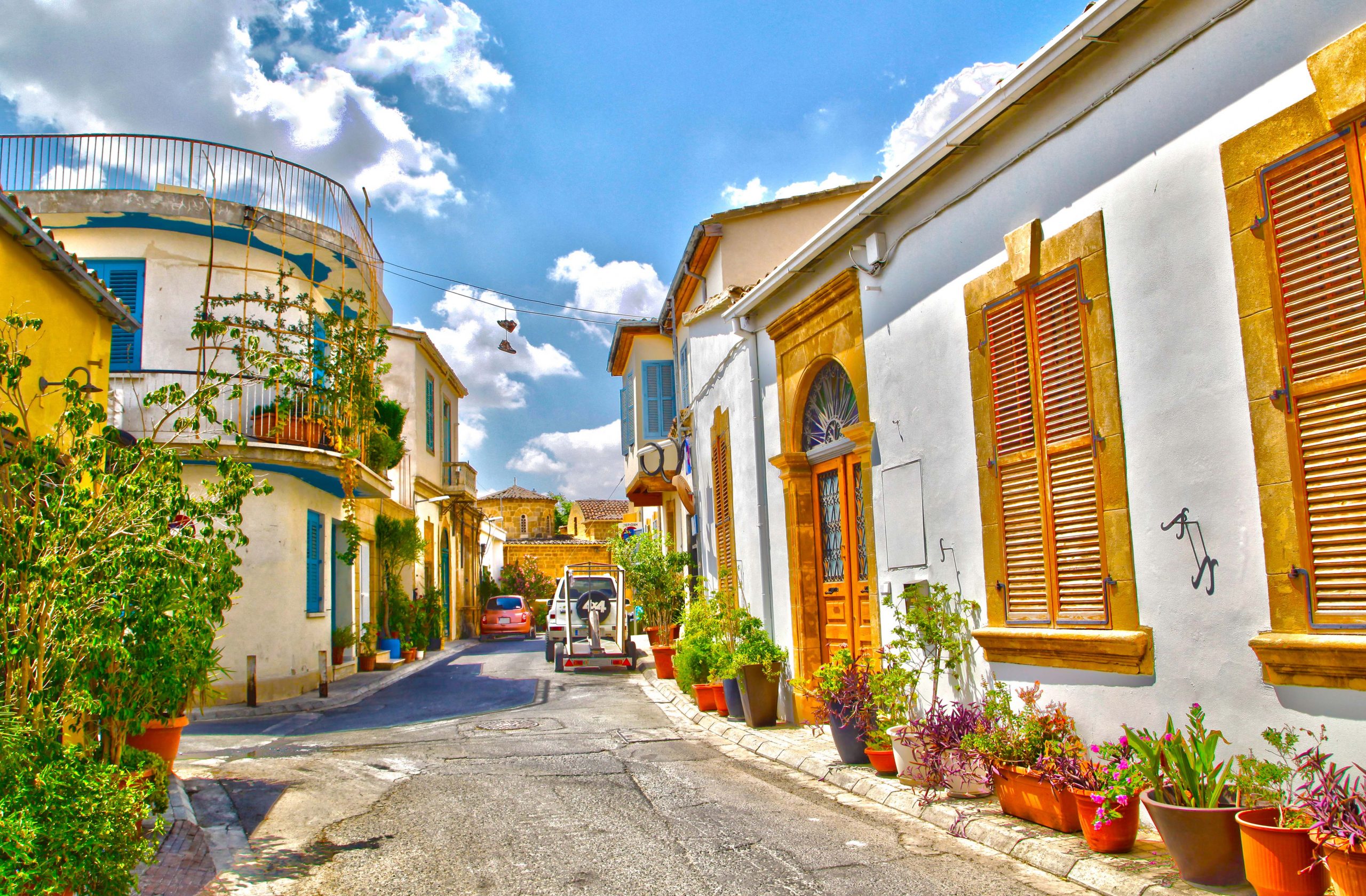 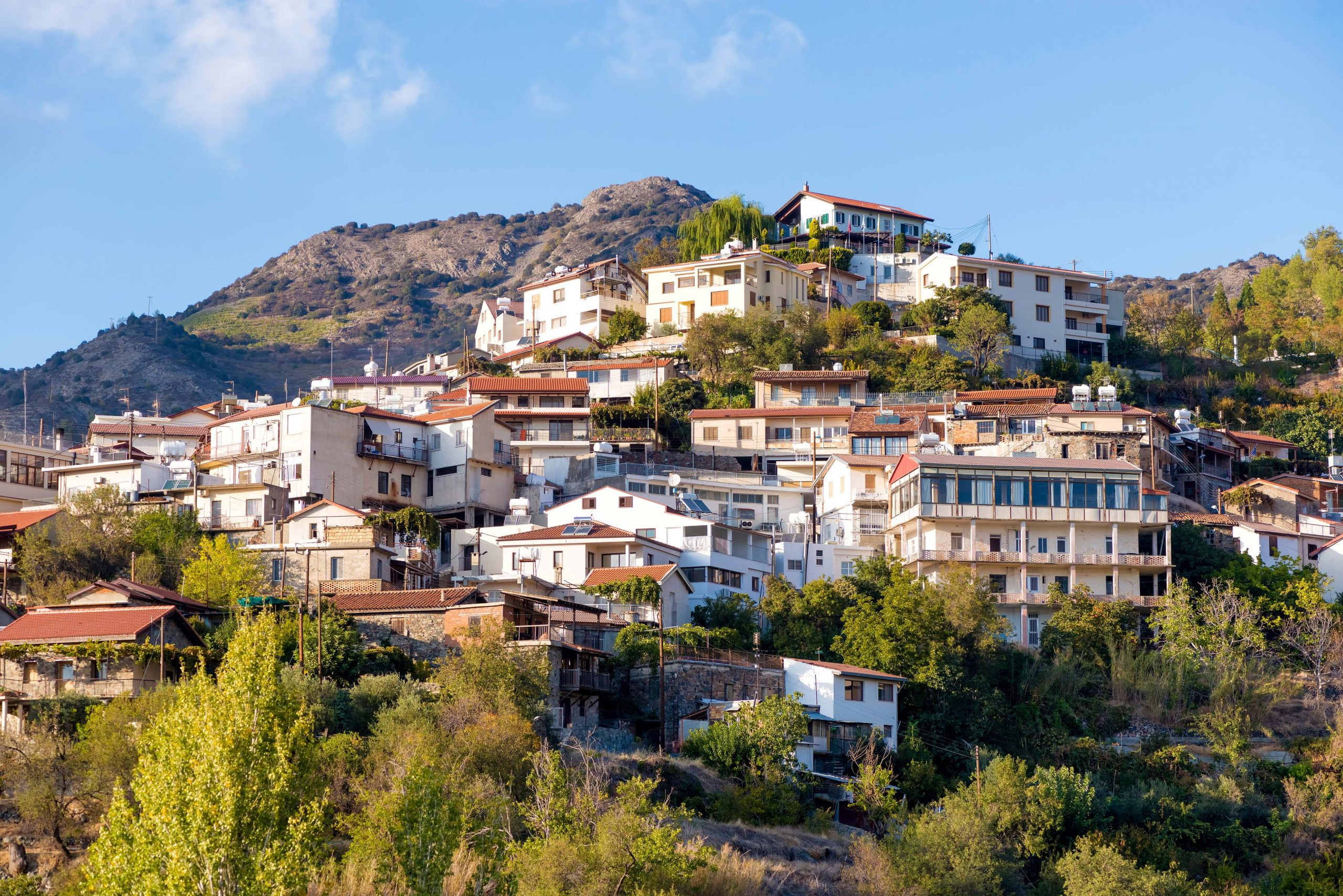 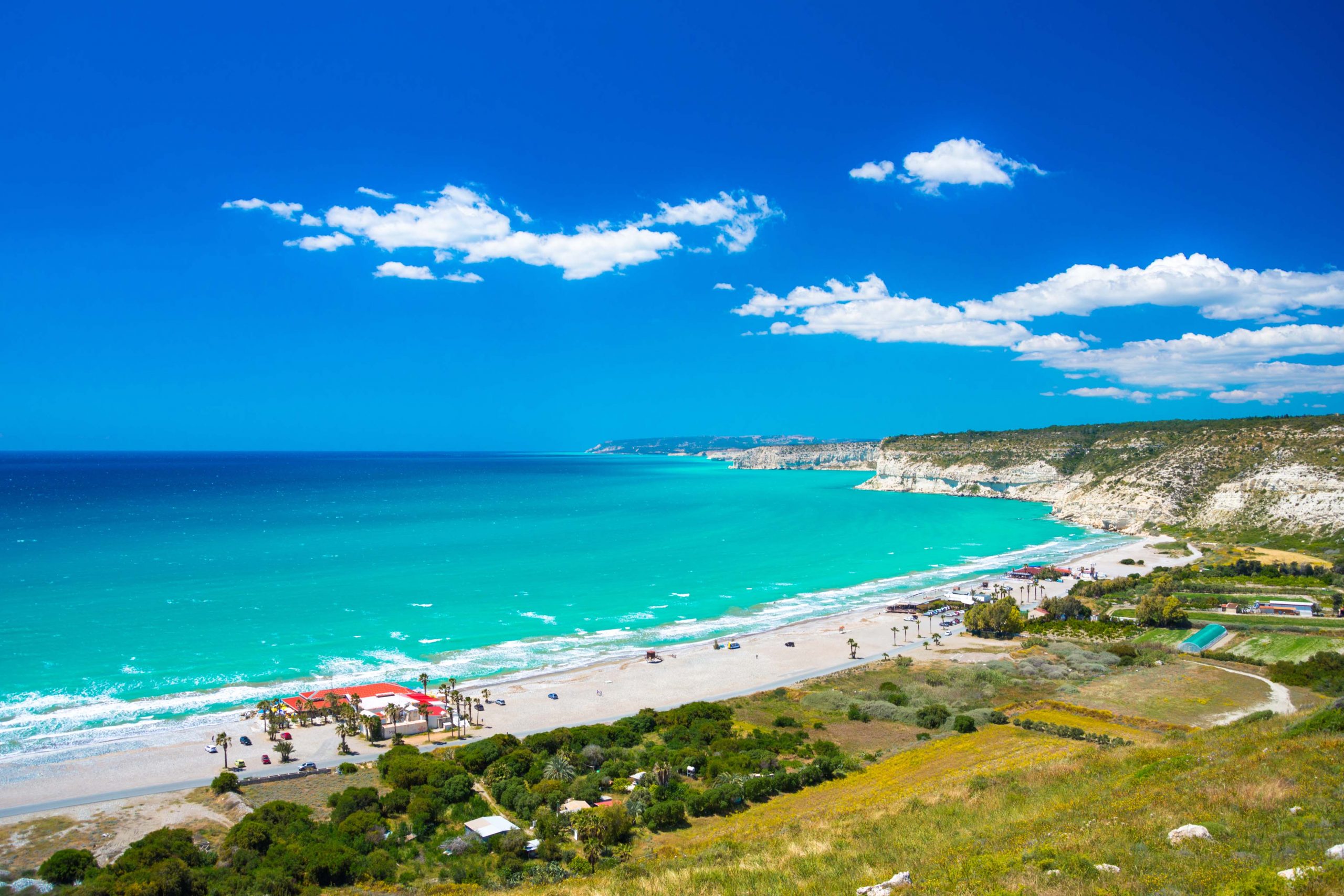