Images of the ancient Nabatean city of Petra, carved from the rock over a thousand years ago, will leave you with a lasting impression of this wonderful land.

*  All sites & activities in the itinerary are subject to availability and might need to be amended   according to Covid-19 regulations at the time of travel.
Rates will be adjusted accordingly, where applicable.

Arrival Amman International Airport (called Queen Alia Airport) – Meet and transfer to your hotel in Amman for assisted check in and overnight.


Breakfast at Hotel. Transfer to Jerash – A close second to Petra on the list of favorite destinations in Jordan, the ancient city of Jerash boasts an unbroken chain of human occupation dating back more than 6,500 years. Jerash lies on a plain surrounded by hilly wooded areas and fertile basins. Conquered by General Pompey in 63 BC, it came under Roman rule and was one of the ten great Roman cities, the Decapolis League- Continue to Ajlun – The marvels of nature and the genius of medieval Arab military architecture have given northern Jordan two of the most important ecological and historical attractions in the Middle East: the sprawling pine forests of the Ajloun-Dibbine area, and the towering Ayyubid castle at Ajlun, which helped to defeat the Crusaders eight centuries ago. Ajlun Castle (Qal’at Ar-Rabad) was built by one of Saladin’s generals in 1184 AD to control the iron mines of Ajlun, and to deter the Franks from invading Ajlun.Back to Amman for a City Tour Amman – the Capital City. Visit Citadel / Archeological Museum, Roman Theatre / Folklore Museum and the Tour in the capital city will also include walking tour downtown with testing of felyafel snack followed by panoramic tour of the new modern parts of Amman. Back to hotel in Amman for overnight
3


After breakfast, check-out from hotel and drive to Madaba Best known for its spectacular Byzantine and Umayyad mosaics, Madaba is home to the famous 6th century Mosaic Map of Jerusalem and the Holy Land. Continue to visit Mount Nebo, the mountaintop memorial of Moses with captivating views of the Jordan Valley, Dead Sea and The River Jordan. Then drive to Karak to see the famous crusaders’ fort – The fort itself is a dark maze of stone-vaulted halls and endless passageways. Proceed to hotel in Petra for check-in and overnight.
4

Breakfast at Hotel. Check-out and Start the visit of Petra – Petra the world wonder, is without doubt Jordan’s most valuable treasure and greatest tourist attraction. It is a vast, unique city, carved into the sheer rock face by the Nabateans who settled here more than 2000 years ago, turning it into an important junction for the silk, spice and other trade routes that linked China, India and southern Arabia with Egypt, Syria, Greece and Rome. Entrance to the city is through the Siq, a narrow gorge, over 1 kilometer in length, which is flanked on either side by soaring, 80 meters high cliffs. The colors and formations of the rocks are dazzling. As you reach the end of the Siq you will catch your first glimpse of Al-Khazneh (Treasury). A massive façade, 30m wide and 43m high, carved out of the sheer, dusky pink, rock-face and dwarfing everything around it. It was carved in the early 1st century as the tomb of an important Nabatean king and represents the engineering genius of these ancient people. Upon completion of the tour transfer to Wadi Rum – This is a stupendous, timeless place, virtually untouched by humanity and its destructive forces, so elegantly described by T.E. Lawrence as “vast, echoing and god-like”..

Breakfast in the hotel. Check-out. Today we say good bye and transfer you to Aqaba Airport for departure. 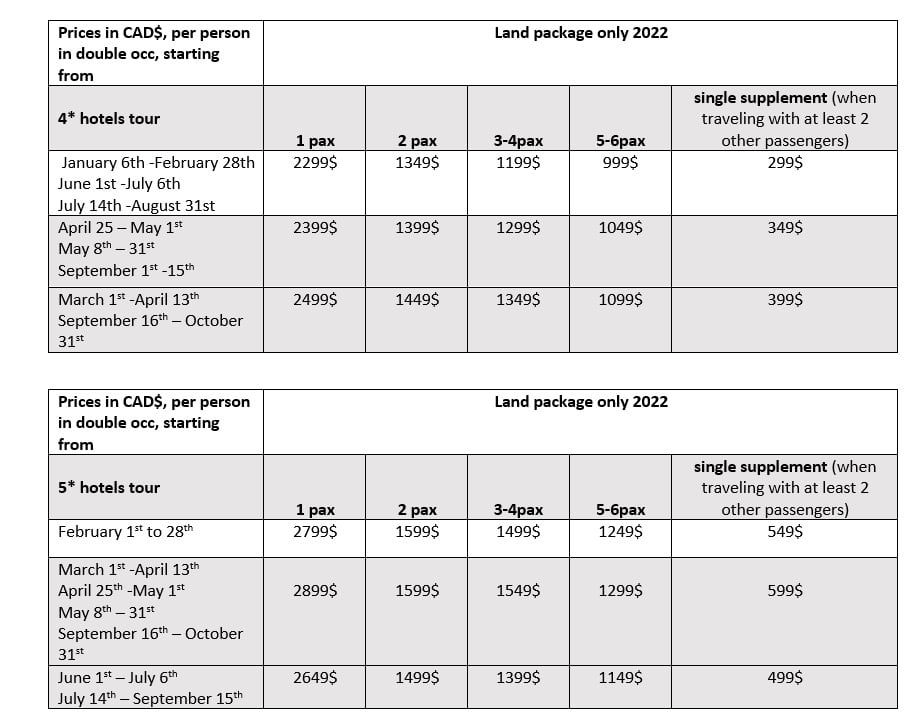 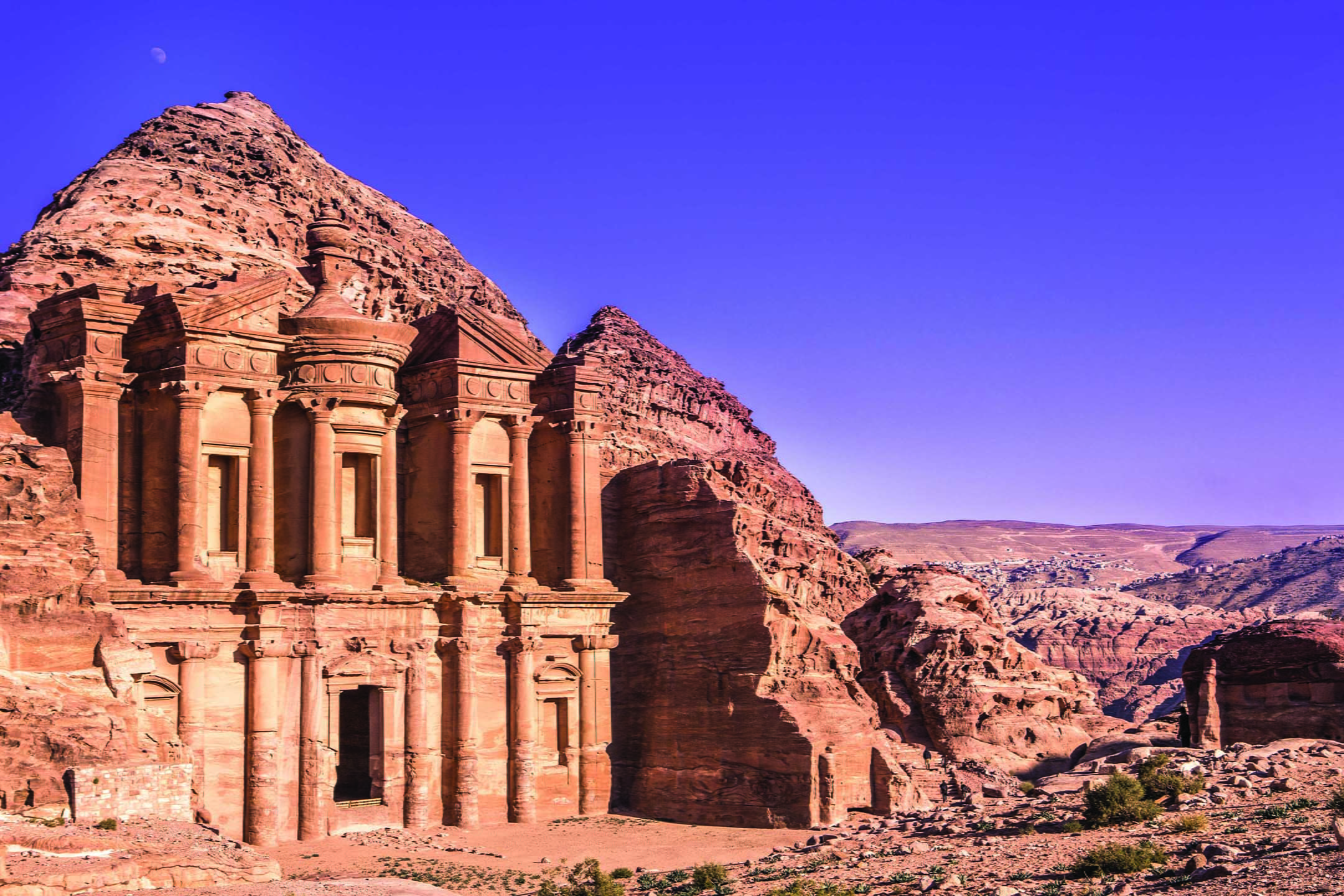 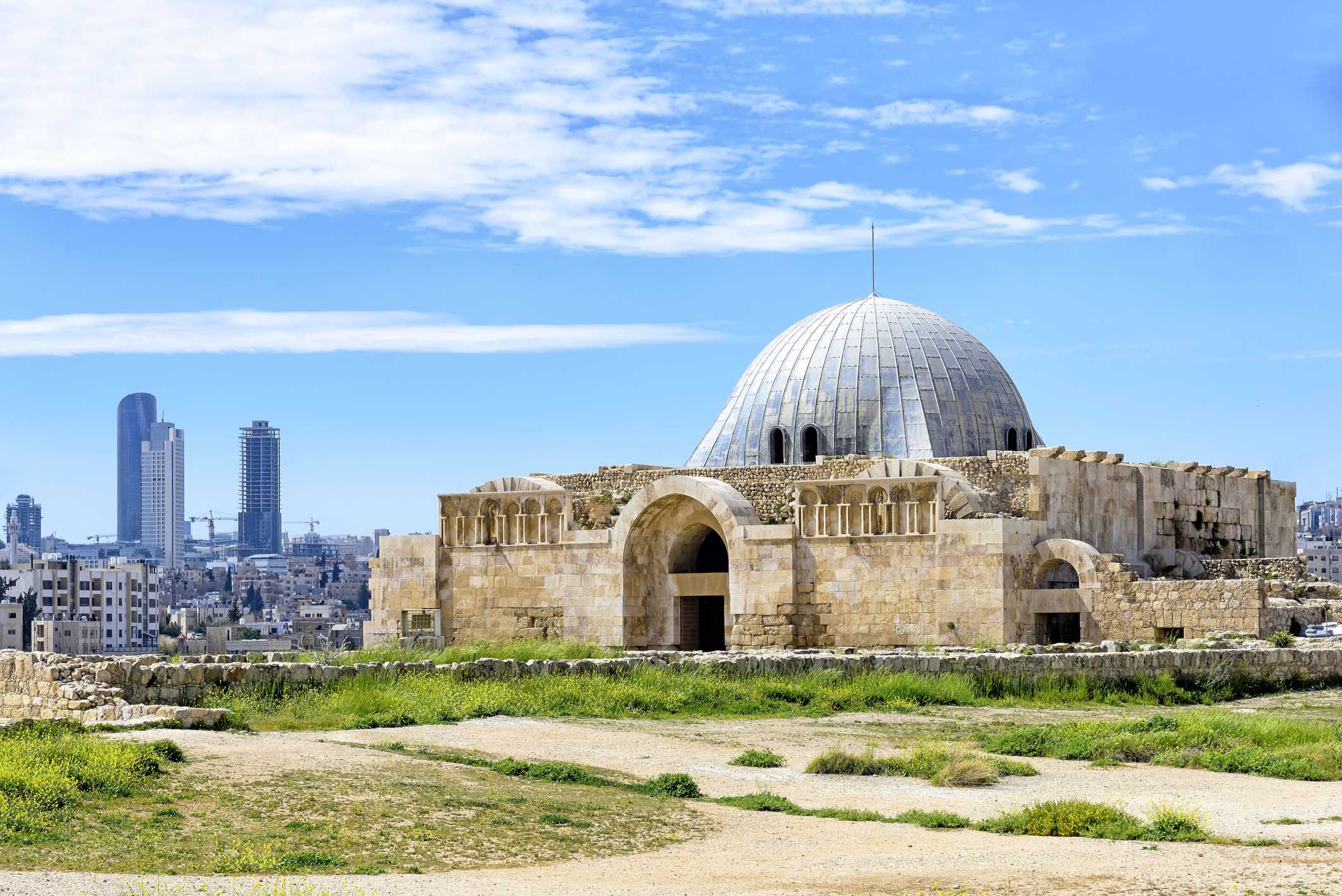 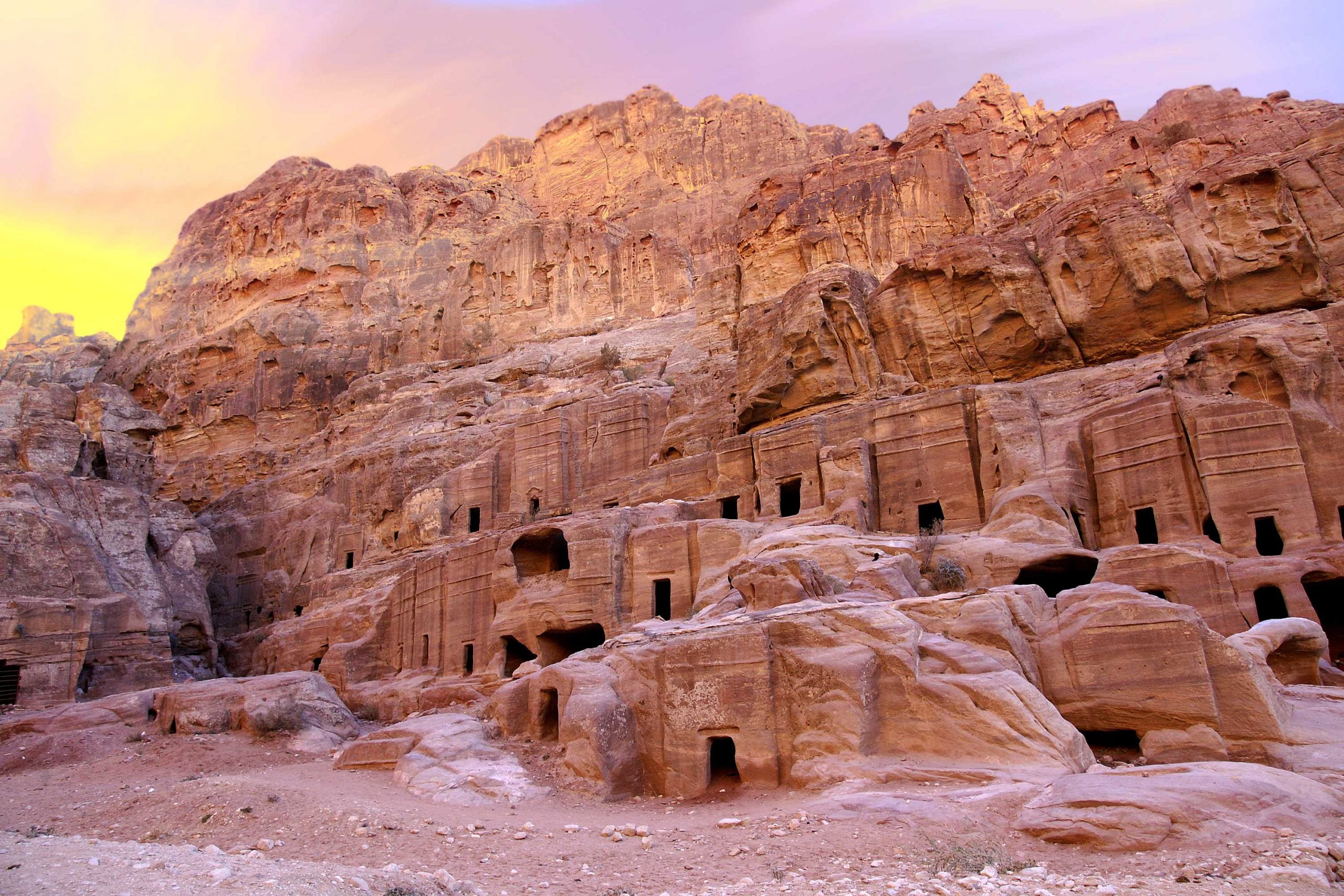 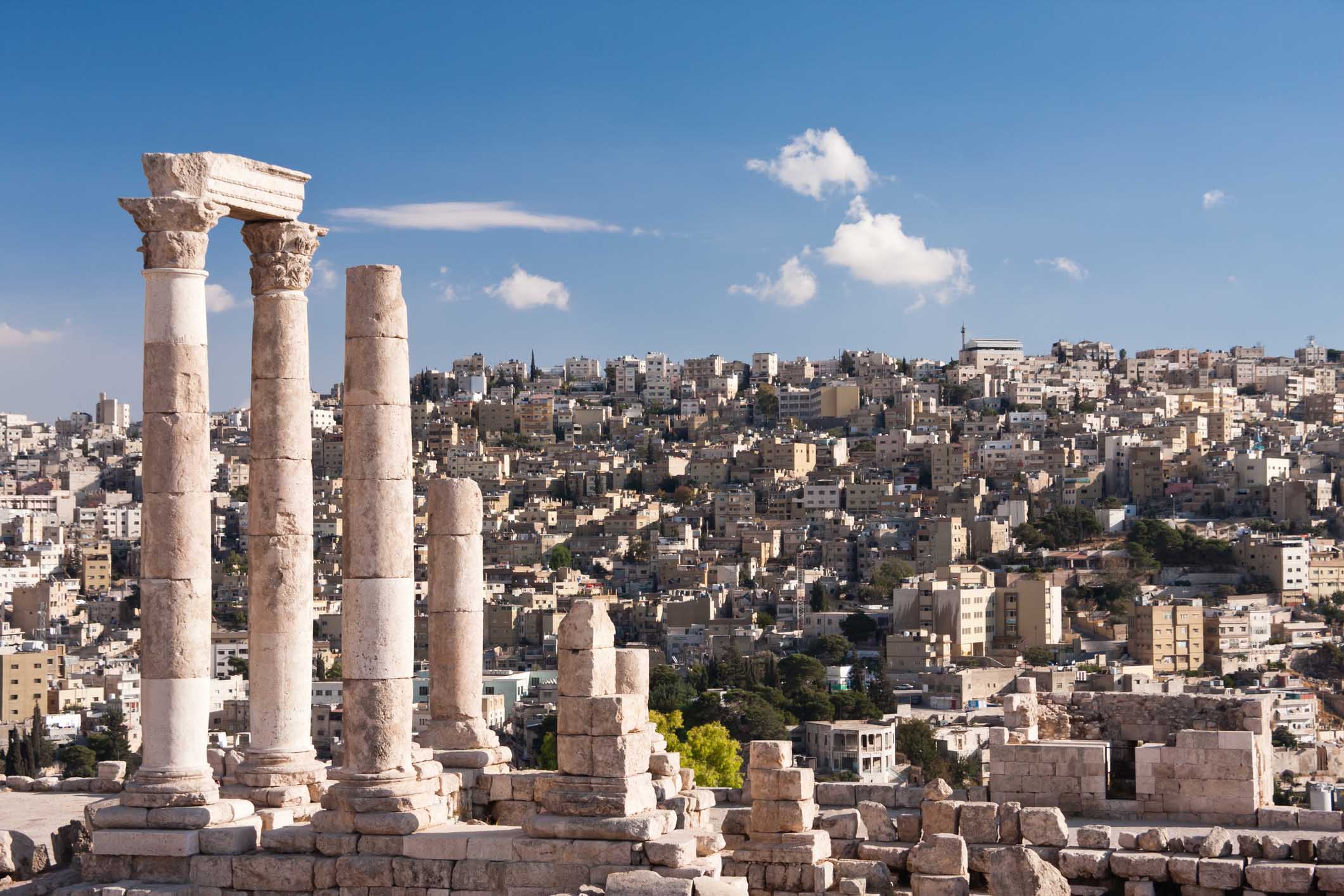 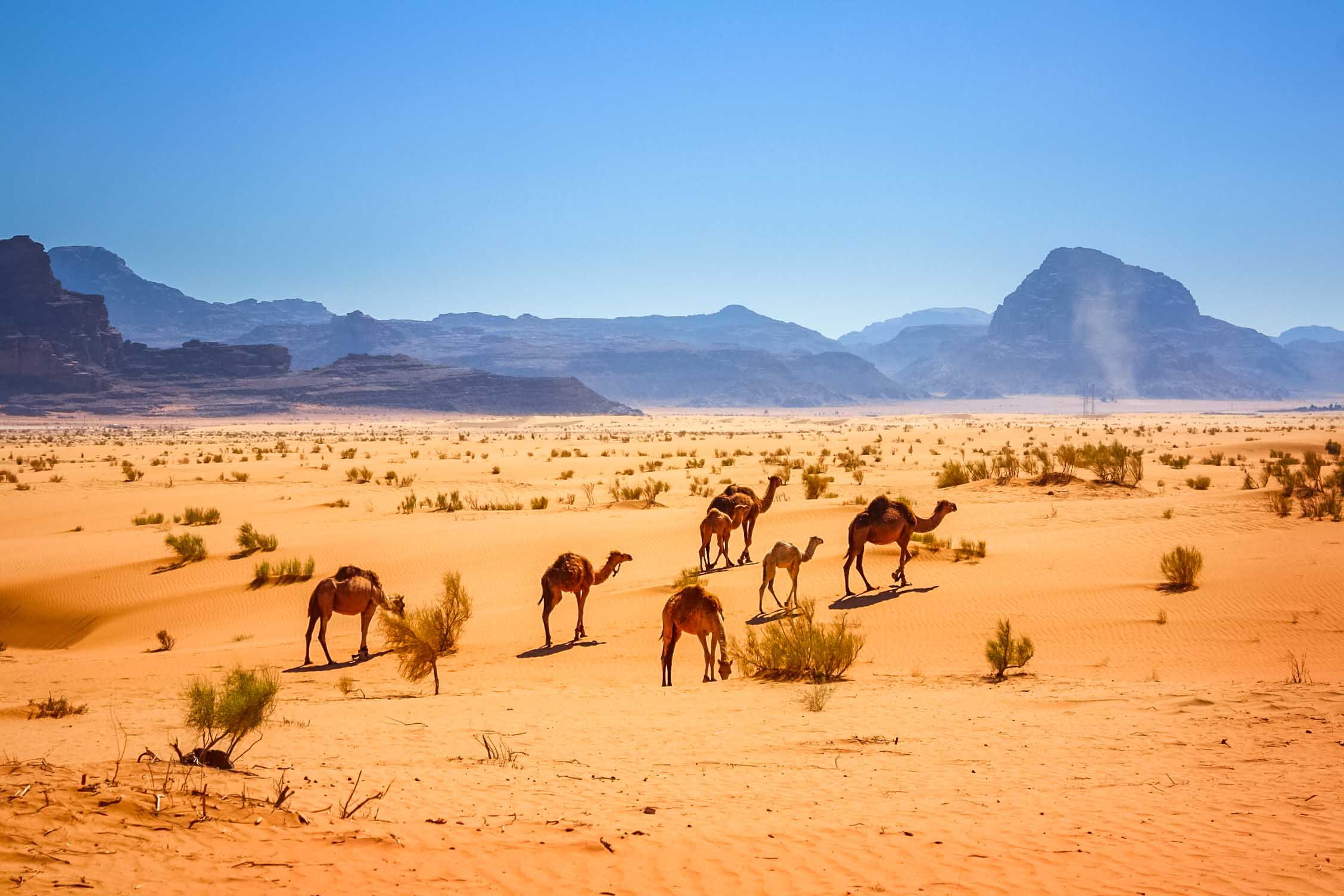 $1,349
Starting from, per person
PRIVATE TOUR